What I have started to think when it comes to timeshare ownership and the future of the industry...

Everyone knows this industry is not well regulated (but obviously needs to be).  Some of the actions and activities of individuals and companies that gets reported in the timeshare world would result in major fines and possibly prison sentences in other better regulated industries.

It appears the industry has long depended on being "self regulating."  It has not done a great job of that but it seems there have always been just enough legit companies that seem to try and deliver a quality product and quality customer experience at the same time they balance trying to make a healthy profit.

I think of a brand like Disney first and foremost.  Also while I know a company like Marriott has their critics, in all my years traveling and staying at their hotel and timeshare properties I always got the impression they were serious about fulfilling their fiduciary responsibilities and providing top shelf customer service and a quality customer experience.  I am sure there are other good examples.

In the past the bad eggs of the industry (the industry's worst examples) seemed to mostly be of the smaller, regional variety.  The negative impact was always minimal and able to be managed before it metastasized.   But the potential problem as I see it is that in the last decade plus, it appears what may be described as large predatory financial engineering companies almost "posing" as timeshare companies have risen and aggressively worked every loophole and non regulation to their own advantage and now are probably guilty of gross violations of their fiduciary responsibility to their customers / owners.  These companies have created vast fortunes for a very small network of individuals at the top of the pyramid.

Ironically though, and looking at historical examples from other industries, it is these very companies likely to bring the whole industry into the national spotlight and to its knees eventually.  Some of these appear to have walked to the edge of doing that already.

As these quasi financial engineering / timesharing companies become increasingly more brazen in chasing profits by any means possible, raising fees rapidly at the same time they are reducing owner benefits, due to their increased sheer size the public outcry will likely increase and just the odds of random probability suggests there will be a gotcha moment or event that will bring increased scrutiny and increased legislation.

If the good timeshare companies try to ignore what the bad ones are doing, they may find someday that their systems and profits and share prices are negatively impacted by the future regulations forced on the industry from the egregious actions of the bad actors in their industry.

Pharma for example is still dealing with the Turing Pharmaceuticals fallout even now 2 years later, and that fallout will likely not dissipate anytime soon.

This is just my still forming hypothesis.  We'll see.
Posted by The Real Timeshare Crusader at 2:25 PM No comments: 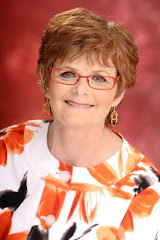